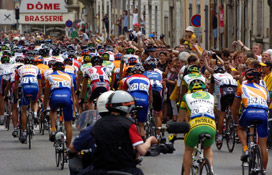 The Tour de France is composed of 21 stages, all in succession.  For the Tour de Dad I bounce between multiple stages, at the same time, with no apparent order.  I’m in my early 50’s which means I fall in the old-guy territory when it comes to my teenage daughters, Kate and Maggie.  Classic rock, though, seems to transcend age groups.  I received a lot of comments from the posts below after they appeared on the Etc. Guy Facebook page. 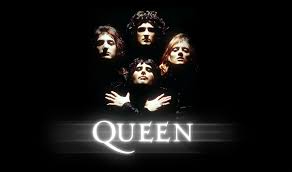 Queen played on the airwaves as I drove my nervous 9th grader, Maggie, to her first symphonic band concert. She’s a rookie bassoonist.

QUEEN: “Is this the real life, is this just fantasy….”
ME: Have you heard this song?
MAGGIE: Bohemian Ras-pody?
ME: Bohemian Rhapsody. It’s a classic.
MAGGIE: Scaramouche, Scaramouche, will you do the Fangango?
ME: Thunderbolt and lightening, very, very frightening, me!
MAGGIE: Galileo, (Galileo), Galileo, (Galileo)
ME: [Directing orchestra, playing air guitar]
MAGGIE: [Giggling]
ME: You and your oboe will be fine.

MAGGIE: I play the bassoon!

Maggie played great at her debut.  Afterwards, a smile stretched from ear to ear.  For future performances listening to Queen may become our routine.
### 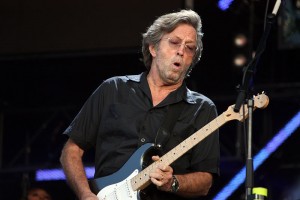 Maggie, Kate and I piled into the car for a drive to the Sunday matinee.  Eric Clapton’s “Layla” blared over the speakers.

My kids are in a stage where hanging out with their dad is no longer cool, other than occasionally going to a movie. Other dads cautioned me this would happen.  But, they tell me, the phase will eventually end. At least they recognize classic artists when they hear them.
Should Eric Clapton or Queen ever read this post I just want to say THANKS.  You helped me break out of the “un-cool-dad-box” for at least a few minutes.  Parents, can you relate?

Readers, feel free to visit my main Etc.Guy site too.