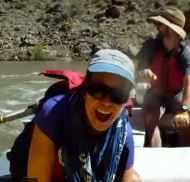 Lin, ready to get wet

“A wife of noble character, who can find?  She is worth far more than rubies.“  Proverbs 31:10

I hadn’t hugged her for years.   Not because of a jealous mate, but because one of us had cooties.  Lin had bad blood in her bones.

I met Lin and her husband John nearly thirty years ago during graduate school.  Of Chinese-American descent, I always found Lin attractive.  With dark hair that flowed to her waist, Lin’s sweet smile lit rooms.  She warmed one’s company wherever she went.  We met via a faith based group, a bunch of single, career minded students striving to launch lives.  We’d gather Wednesday nights for encouragement.  It’s John’s fault I met her.

John originally hailed from Arizona but left the desert for the Northwest to study forestry.   After gigs planting trees and getting lost in forests he just planted, John moved to Northern California where he earned two graduate degrees in Botany.

“So what do botanists actually do?” I asked.

“But can you install a fuel pump?”

“Done it three times.  I’ll be over right after I finish my leaf flutter experiment.” 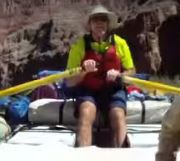 John at the oars, Colorado River

“It’s how leaves fluttering in the wind impact their photosynthetic rates while still on the tree, leaf flutter.”

“I once worked as a photosynthesis reduction engineer.”

“I mowed lawns during high school.”

“Hey I did that too.  See you later about that fuel pump.”

While John fluttered away I wondered if he would ever find a mate.  Shy and polite, John had, and still has, a genuine heart.  He will give you his back and the shirt to go with it.  But I never envisioned him developing a love life.

We became fast friends, skiing and kayaking together.  Lin eventually arrived one Wednesday night.  John vanished behind a planter, as if camouflaged.  I watched him silently observe Lin.  She joked and cajoled.  John smiled.

In the meanwhile Lin and I became pals.  We’d clown around and tease but never romanced.  I was too busy working, studying, and avoiding academic probation.  My creed: focus or flunk out.

One summer weekend a buddy coordinated a moonlight float trip down the Lower American River.  “We’ll launch below Fang Rapid and float to Hummingbird Bend, about a seven mile trip.  I’ll have canoes.  Bring a woman, va va va voom….”

So I invited Lin on a friendly date.  And figuring he needed a digression from photosynthesizing, I invited John.  When it came to propositioning ladies John was as vicious as a toothless kitten.  I enjoyed them both—they’re fun-hogs—and decided to make a night of it.

After shuttling people, cars and canoes, we launched at dusk.  Lin sat in front and I took the stern.  We practiced several strokes and paddled into the main current.  John kayaked past and splashed us.  Lin giggled.  “Pay no attention to him,” I said, “We’ll get even.”

We floated beneath a full moon and listened to beavers slapping the river’s surface.  Bats flew overhead.  Deer grazed along shore.  We shared our goals, places we wanted to visit, things we wanted to do, a trio of friends enjoying nature and companionship.  “Wouldn’t it be cool,” I asked, “if we rafted through the Grand Canyon some day?” 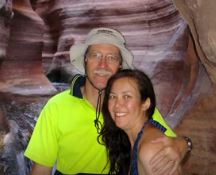 When we arrived at Hummingbird Bend I helped to shuttle cars.  I told John and Lin to hang out and that I’d be back in thirty minutes.

I returned to see a couple sitting shoulder to shoulder on John’s kayak.  Their feet dangled in the river. I spoke with John about a week later.  He appeared uncomfortable.  “Dude, what is it?”

“Eric,” he hesitated, “I….if you…uh…I want to date Lin.  But if you have intentions I’ll stand back.”

All is fair in love and war.  Bemused, I admired John’s properness and honesty.  I’ve never had a friend ask my permission to date someone I knew.   Clearly, my friend was stepping outside a comfort zone.

“Buddy, I just bombed an accounting test.  If you like Lin, go for it.  She’s great.”

They dated, fell in love, and got married.

Soon after graduate school they migrated Down Under where John had a postdoctoral gig in Australia.  We traded holiday cards and letters.  They sent photos from adventures around the world.

Fast forward twenty years.  The couple settled in Ashland, Oregon where John taught and continued research at Southern Oregon University.  Lin assisted him, a partner at home and in the lab.  They parented two wonderful daughters.  I’d visit on road-trips north while en route to see my daughter.  Ashland was a midpoint.  They always offered me a room. 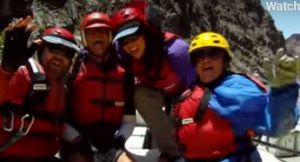 About five years ago John informed me Lin was sick with multiple myeloma, a bone marrow cancer.  “She’s weak and tired,” he said, “but fighting it.  Doctors say she may have ten years at best.”

Lin endured years of treatment, taking zillions of pills and suffering countless rounds of chemotherapy at the Oregon Health Sciences University in Portland.

I visited last March while passing through Ashland.  Lin and I sat after breakfast while John tooled in the garage.

“I don’t need another arm, just new blood and marrow.”

We stared at toast for a few minutes.

“I’m worried about John.  If I die he’ll be alone.  The kids are grown.  John has so much life ahead and energy.  Maybe someday he’d even meet someone.”

Her concern caught me unprepared, “Yeah.”

I walked to the kitchen for coffee and peered in the garage.  “Eric, can you give me a hand?”

I helped John organize their clutter, camping gear, an old kayak, and boxes of leaves.  “I’m worried about Lin.  If she loses her fight, I don’t know what to do.  She’s the love of my life.”

Two weeks ago I learned on social media that Lin’s health took a downturn.  I called John.

“Lin’s been unresponsive for several days.  Her body is shutting down.  The doctors say it’s only a matter of days.  We’ve gathered around her, praying, laughing and crying.  It’s time for us to let go.”

Lin passed at 2 AM on a Sunday morning, surrounded by family, at age 55.

I spoke with John a few days later and said I’d make it to Lin’s memorial service.  I asked how he was holding up. 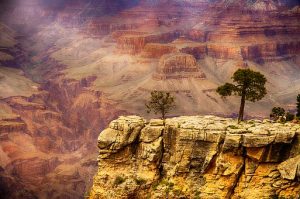 “Been looking for a gravestone, but not marble, a natural rock.  Lin loved the river.  I found a special river rock.  I’m fine with cremation but Lin wanted to be buried.  She wanted to take up space.”

“I always had space for your wife’s humor,” I chuckled.

John continued, “Not sure what I’ll do.  I have faith that is Lin is in a great place.  She’s at peace.  All will work out.  No matter what I’ve gone through in life, worst case scenarios are never as bad as I expected.”

Post-Script:  In 2011 I coordinated a Colorado River rafting trip through the Grand Canyon.  I invited sixteen friends, including John and Lin.  We spent seventeen days together, mounted cameras on boats, and shot hours of video.  In this video link Lin first appears at the 55 second mark. That’s how I’ll always remember Lin: happy and full of life.  To John and family, I’m blessed to have known Lin.  She made the world better.

Readers, for more information on donating to cancer research visit the Leukemia and Lymphoma Society.  See me also on the Etc.Guy Facebook page.