These are actual recorded statements made by Barrack Hussein Obama, as a candidate or as president.  You be the judge of what kind of man we elected.   Was he being truthful, like a man of honor, standing tall on virtue or do you think he’s saying whatever he thinks will advance his own agenda: 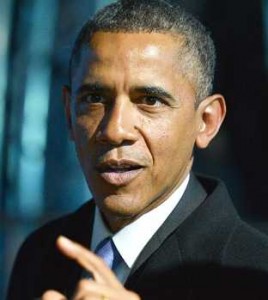 He claimed during the second presidential debate he called Benghazi a terrorist attack the day after and this was confirmed by the moderator Catherine Crowley; but he actually sent Susan Rice, his U.N. Ambassador to five Sunday TV shows to peddle the fiction that the Sept. 11, 2012, slaughter of our Libyan ambassador and three other Americans was directly caused by an amateur video defaming the Profit Muhammad.

He promised he would not let Syria cross a “red line” on chemical weapons, which he now knows beyond a doubt that they did, but he took no action.

The president promised to change the seedy, dishonest ways of Washington, but he makes Nixon look like a pillar of virtue by comparison.

“A year ago, that widely disseminated campaign photo of Obama and his gorgeous family rang true with most Americans.  Now they are coming to see him as one of the smoothest, most effective charlatans in American history.” Investors.com – 2013

This entry was posted in Uncategorized and tagged lies, Obama, president, USA. Bookmark the permalink.