(Originally appeared in the Chico Enterprise-Record in Nov 2012)

“Humility is tricky. Once you think you have it, you’ve lost it.” 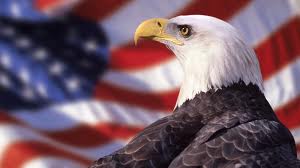 I’m not politically astute -blinded by irreverence—and have the knack of saying the wrong thing at precisely the wrong time to the right people. I’ll insert my size 8 foot into my size 13 mouth quicker than a lightning strike. If the emperor is naked, I’ll say so. This bluntness shocks Hun, my wife. “You said what to whom? A closed mouth gathers no feet.”

“Politics” happen when three or more gather. Political discussions are difficult even among close friends, with arguments sometimes resulting in ex-friends. 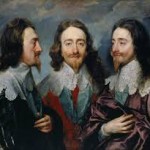 My ancestors arrived in Virginia in 1609 as merchants on a mission to colonize the Americas. I imagine King James 1 and Queen Elizabeth 1 commissioning the voyage, “Sail forth and seek ye what belongs to England.” In 1616 my forefather George Yeardley served as the colonial governor of Virginia. Yeardley’s clan probably preferred life in the new land rather than serving future monarchal leaders who had bad teeth. My free thinking ancestors wanted better dental care.

Three centuries later, in 1915, my great-grandfather Andrew Miller, an attorney and farmer, was a Democratic candidate nominee for Congress to represent South Carolina’s fourth district. He lost and never held office.
My great-aunt Ellen was the most recent Miller to hold office. A true pioneer for women in California’s judicial system, Ellen Miller Quarnstrom was appointed as Kern County’s first woman judge in 1957. I’m sure politics were involved.

My back stiffened after hearing that another close relative considered office, breaking the family’s 50-year political drought. Maggie, in fifth grade at the time, was running for Student Council. We sat together for a heart-to-heart discussion.

“Politics can be noble,” I explained. “Leaders are held with high esteem. You’ll need a platform.” 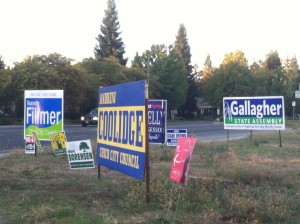 “A platform, so voters know your position. Are you a Republican or Democrat?”

“I’m a kid. I don’t even know what Republicans or Democrats do.” I didn’t want to layer confusion by admitting the same thing.

“What are your goals? Longer recess? Lower prices on chocolate milk? Red Bull in the cafeteria?”

Wow, a Director at age 10. Many climb the corporate ladder and never reach that title.

“You mean like Obamacare?” she asked. “It was on TV.” Maggie understood the concept of name recognition. I asked her approach.

Maggie explained she would create campaign posters and give a speech on school TV. She was enthusiastic, honest, genuine and committed. We discussed her $20 campaign budget. Negative campaigning was prohibited. 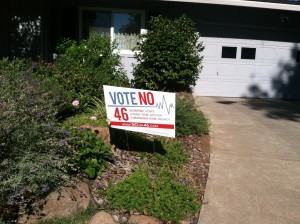 She rehearsed her speech to an audience of family members and pets. Running time was three minutes. Her weakness, or strength depending on one’s view, was her humility. She spoke confidently, as our lawyer ancestors probably did. She actually portrayed a lawyer in a community play one Halloween, as Dracula’s legal counsel. “Dracula had an attorney?” I asked. “It’s reasonable for a vampire to need a lawyer, Dad.”

On Election Day I fidgeted at my office, organizing pencils, until the afternoon school bell rang. Hun learned the results first and alerted me. Maggie lost. The parenting books we own don’t explain how to console kids who lose elections. I feared Maggie’s spirits were crushed, knowing that a tender shoot is easily bruised. I searched for the right words as we spoke afterwards.

“I’m fine, Dad, really. Can I have a pony?” Then she skipped off. No agony of defeat here.

I smiled. Maggie prepared well and tried her best. She ventured into a realm I never considered and risked losing when it was safer on the ego to stand aside. 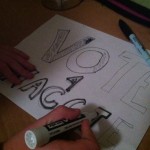 If our politicians today demonstrated they can successfully collaborate and get actual work done regardless of affiliation, voters would react favorably. A dosage of humility would also help their public image. But humility is tricky. Once you think you have it, you’ve lost it.

Perhaps she’ll run for public office one day. I’ll help make the ads that end with, “I’m Maggie Miller and I approve this message.”

Hey Parents, if your kid won, or lost, an election comment below and brag about them.  I’ll really be impressed if I hear from a Bush, Clinton or an Obama…..  Be sure to visit my main blog at Etc. Guy and join my Facebook page.